The Difference Between Smoke and Fire Damage 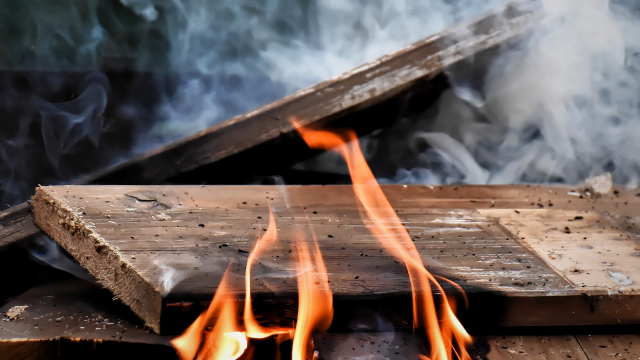 Everyone knows the old saying that where there’s smoke, there’s fire. While the phrase has long passed evolved talking exclusively about fires, it’s still a very fitting way to bring attention to the destruction a blaze can cause.

Did you know when you’re dealing with a fire large or small, you’re dealing with much more than just the flames themselves? When a fire happens everyone expects the damages to be limited to the inferno itself, but often any damages incurred are wider spread thanks to the smoke itself.

Today United Water Restoration Group of Atlanta, Georgia would like to take some time to break down the differences between smoke and fire damage for our readers.

The Difference Between Smoke and Fire Damage

Destructive in their own ways, smoke and fire damage are double the trouble contributing to the stress and anger that comes in the aftermath of a fire. Depending on the severity of the fire determines the extent of the fire damage itself, but even a small fire that generates a lot of smoke can cause chaos through your property.

The intense heat and often quick-moving destruction of fires are the more obvious causes of damage in the aftermath of a fire.

From the structure to the contents within, fire incinerates what it touches, and as it advances burned areas can even be reduced to ash if not stopped in its tracks.

Unless stopped in its tracks quickly, most of what fire touches can be a complete loss in need of replacement.

Smoke damage can be a bit trickier because it’s not just a matter of where the smoke leaves soot, but how deep the soot permeates and how widespread the odor is. Even small kitchen fires are prone to causing at least some smoke damage if it isn’t dealt with quickly.

The soot left behind by smoke if not cleaned away properly not just from the surfaces but as deeply as possible can even cause damage over time. The smell of smoke is inconvenient, but the long-term damage of soot that hasn’t been cleared away properly is a much bigger problem.

After A Fire, Call Us

When you find yourself dealing with smoke and fire damages and you’re feeling overwhelmed by the cleanup and restoration process, it’s time to call in the pros.

Contact United Water Restoration Group of Atlanta, Georgia at (404) 949-1119. Our friendly and professional staff are standing by 24/7 to take your call.